At the end of last July, the Maura Quay section of Santander’s seafront promenade reopened. In a project jointly funded by the Port Authority and the City Hall, Misturas has restored the historical port infrastructure, which dates back to 1922.

The Maura Quay is made up of a reinforced concrete structure formed by porticos with large-edge girders, upper slabs, pillars, and driven piles. Having reached its useful life, it suffered from corrosion problems and was closed to the public since 2018 (which made its restoration an urgent matter).

The aim of the work carried out by Misturas was to preserve the integrity of the structure by repairing coatings, protecting reinforcements, and installing new steel parts in areas where corrosion had eaten them away.  Repair mortars were the final addition.

It was a complex process, conditioned by tides. A platform had to be installed for dry works (taking into account tidal patterns) and scuba divers were responsible for underwater tasks.

The completion of the works and reopening of the promenade has given the public a new leisure and recreation area at the heart of the city, next to the Botín Centre and with spectacular views of the bay. 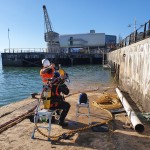 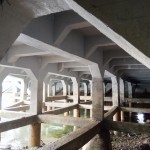 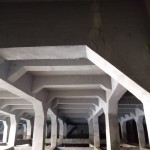 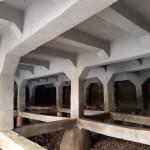 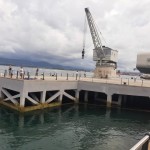 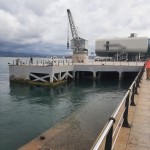 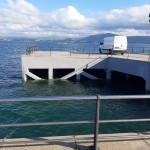