Misturas is developing an area of more than 70,000 m2 in order to expand the industrial area in Verín

70,500 square meters. That is the area that the building company Misturas is developing for the expansion of the business park in Pazos, in the locality of Verín. This construction work has been promoted by Xestur, a body dependent on the Regional Ministry of the Environment of the Galician Regional Government (Xunta de Galicia). Its total budget is 1.65 million euros. Since the business area is 132,000 m2, it will be expanded by 53 % through this action. Misturas is carrying out a project that involves moving land and levelling, service infrastructure, paving, gardening, irrigation and urban furniture labors, access from parcels to water supply, rain and waste water sanitation, electric energy, public lightning system, canalization of communications and gas distribution. Out of the 70,000 m2 more than 46,000 will be destined to industrial land, whereas 10,000 will be free green areas and 10,600, road and parking areas. Misturas has already performed the following tasks: moving land, construction works of the pumping well in the waste water network, installation of conductors with medium and high voltage to the new electric substation in Verín, as well as different actions for setting up an electric substation located in one of the plots of this first action phase. 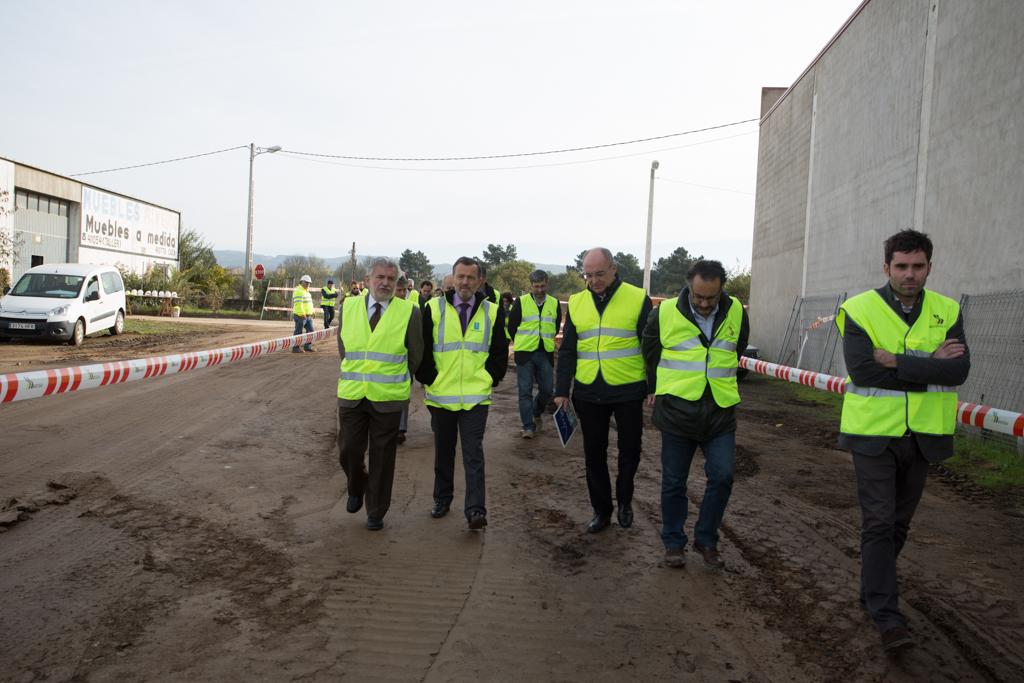 Some days ago, the regional minister of the Environment, Agustín Hernández, visited the construction works, where he announced that the expansion works shall be finished within the first semester of 2014. Hernández was accompanied by the majors of Verín and Monterrei, Juan Manuel Jiménez and José Luis Suárez, respectively, and the representative of the Regional Government of Galicia from Ourense, Rogelio Martínez, as well as several representatives of the company.