). Several University R&D&I initiatives have received Mistura’s express support within the “National Programme for Research, Development and Innovation Aimed at the Challenges of Society, 2015″. This is an initiative developed as a part of the National Plan for Scientific, Technical and Innovative Research 2013-2016, launched by the Ministry of Economy and Finance of Spain. The aim of this Plan is to provide Spanish research centres with public funds, thus encouraging the cooperation between Spanish institutions and companies through R&D&I projects.

In particular, Misturas has offered its support through a written letter and stated its interest in collaborating on the studies undertaken by the Applied Geotechnology Group at the University of Vigo, coordinated by Dr. Higinio González Jorge. Said studies seek to develop new mathematical models improving the determination of various road parameters linked to road traffic safety. This initiative is of a particular interest for the building company, given the road maintenance services that it currently operates in different territories.

Also within the academic field, several University students completed their summer traineeship periods at the Misturas branch in Cantabria last September. They got to know the paving works being carried out in Camaleño and the path surfacing works in Esles, Lloreda, La Abadilla, La Encina and La Penilla, among others.

The company has several cooperation agreements aimed at improving the training received by students from various universities and higher education institutions. Specifically, students of the Master’s Degree in Civil Engineering taught by the University of Cantabria and the University Alfonso X “El Sabio” of Madrid joined the traineeship programme this summer. 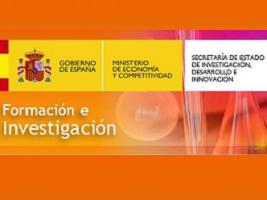